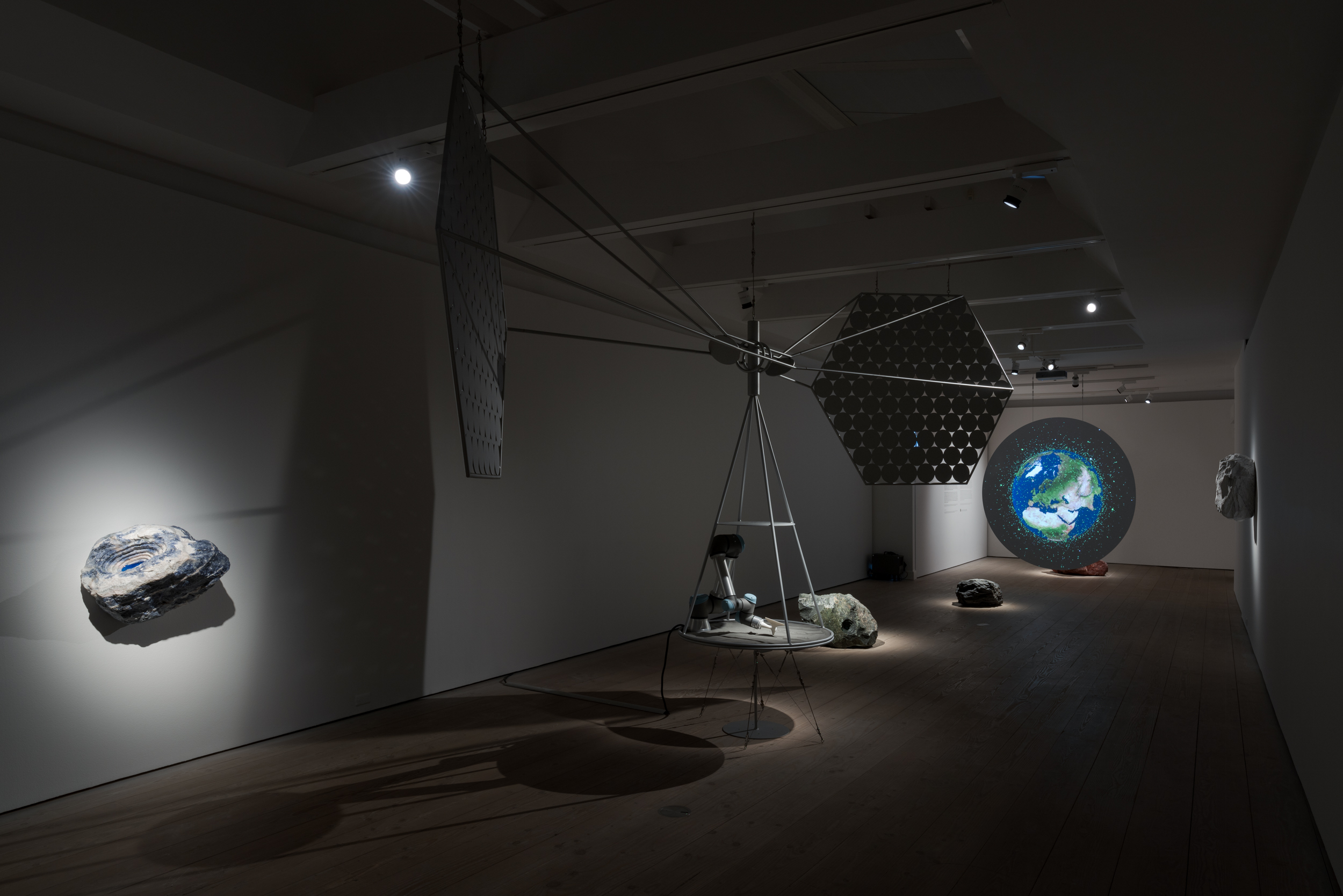 The starry night sky has always fascinated us and enabled us to dream of faraway and future worlds. Today outer space seems closer to us, not least because of the increased activity in space of among other things satellites, accumulating in ever greater numbers in orbits around the Earth. Satellites have not only become an indispensable part of modern global life by supporting research, security, communication and more. The increasing number of satellites in space create a real danger that satellites can be damaged in collisions with other satellites, space debris or other bodies in space – a situation which in the end risks creating collapse and chaos. The paradoxical significance of the space industry for our lives today and in the future forms the background for Amalie Jakobsen’s exhibition Cosmic Coastline in which she presents new sculptures and an animated video.

The ever-denser satellite paths around the Earth can be regarded, according to the British researcher in international politics, Bleddyn E. Bowen, as a new cosmic coastline which has the potential to become a new cosmic battlefront. From this front we will in the future seek new knowledge and new riches and from here national and industrial interests will therefore be defended. The theory forms the starting point for Amalie Jakobsen’s exhibition title and the works in the exhibition. With a series of marble sculptures, the scene is set speculatively for the space industry’s hunt for water, minerals and other valuable resources in asteroids. At the centre of this scenario a complex satellite sculpture engages in a robotic performance in interaction with the exhibition visitor, while a two channel animated video brings the future perspectives of space technology into play in both poetic and unsettling ways.

The exhibition is generously supported by:
The Danish Arts Foundation
Universal Robots